Economics has a gender problem. This much we know. Economics might also have an Africa problem. There seems to be an established tradition in economics of talking about Africa (and developing regions in general) from afar, with western scholars leading the discussion. Arguably the most important conference on the challenges of economic development in Africa takes place every March in Oxford. The conference is hosted by the Centre for the Study of African Economies (CSAE)  which is also based in Oxford. Once the call for proposals goes out, development economists working on Africa try to get their papers accepted with the hope of traveling to Oxford to talk about the continent. Then there’s the North East Universities Development Consortium Conference held every year in a north eastern university in the US.

Last year’s was held at Boston University and all the papers presented were either on Africa or on other parts of the developing world. And then there is the African Economic History Workshop which has been held at LSE, Lund and in Geneva since its inception in 2005. This year it will be held at Wageningen University in the Netherlands. I could go on and on.
The exclusion of Africa from the debates that concern it is also evident in the composition of the editorial staff of leading scholarly publications in economics that focus on the continent or have the continent as subject matter.

The Journal of African Economies (JAE), arguably the most prestigious and influential publication on African economic development issues, is not only housed faraway at Oxford but has only one African-based scholar on its editorial board out of a total of 27 (Johannes Fedderke is listed as based in South Africa but he is actually a full-time professor at Penn State). Matters are not any better at the Journal of Development Economics where none of the 64 academics serving on its editorial board is based in Africa (there is only one person that is partly based in a developing country)! The Journal of Economic Growth is just as bad.

So what really explains this state of affairs? Some will say that the meetings/conferences by necessity have to be held in the US or Europe because of infrastructure concerns in Africa. But this is not entirely convincing given that some of Africa’s cities have infrastructure that easily rivals the best that the West can offer. Lagos, Nairobi and Accra can very easily host gatherings of the likes of the African Economic History Workshops. What about the exclusion of African-based scholars on editorial boards of leading scholarly publications in the field? Perhaps Africa lacks the necessary expertise to sit on these boards? Again this is doubtful: leading African universities in Kenya, Ghana and Nigeria, to mention but a few, are chock-full of academics with a deep and intimate knowledge of the continent. Some of these scholars received their training at some of the best universities around, the same universities that host these faraway get-togethers!

By physically locating these meetings in places far away and disproportionately underrepresenting African-based scholars on journals’ editorial staff, the view is affirmed that the answers to Africa’s problems and the storylines of Africa’s past can only be weaved elsewhere under the leadership of western scholars. Economics as a discipline is sending a clear message: Africa cannot be a leading participant in the debates that ultimately shape its destiny. Is there any other interpretation that one can give to this?

The article originally appeared on Africa is a Country website. 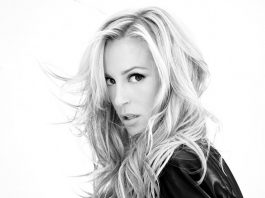 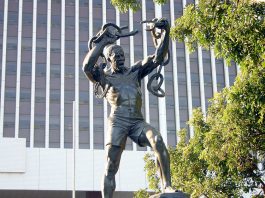