The family of slain General in Lesotho have written an open letter to world leaders including the United Nations giving an account of their version of what transpired before Genera Mahao was killed. In the account posted via Facebook, the relatives allege that the stories from the government about the circumstances surrounding his killing are untrue. Below is exact text from the Facebook posting.

It is with heavy hearts that the family announces to the Nation and the International Community the death of Lt General Maaparankoe Mahao. Around 14:45 hours on Thursday 25th June 2015, the General in the company of his two nephews was driving from his farm at the village of Mokema when he was ambushed by elements of the Lesotho Defence Force (LDF). Circumstances are such that we do not know when he actually died as his attackers took him away and the family was only officially informed of his demise at about 21:00hours.

As the family mourns the premature demise of a beloved husband, father, brother and son, our hearts sink with a hurtful and inconsolable sense of loss. To us General Mahao, was the very embodiment of human decency; a man of unshakeable principles; absolutely incorruptible and with a deep sense of concern for fellow human beings. He did not deserve to die the brutal and degrading way he did.

The nation has lost a disciplined soldier and a loyal servant. He was charismatic and yet consistently humble and respectful to everyone, high and low. As we nurse our hurt we also fully understand the trauma all Basotho are going through on account of his premeditated and professionally executed assassination. We know that we are in this grief together with a traumatized Nation, and all those in SADC and the AU with whom he served in his life, now cut short by assassins. The Mahao Family says to all: “We are sorry!”

Since General Mahao’s demise on Thursday 25th June 2015, the Lesotho Government propaganda machine went into a frenzy of spin. The object was to impute the blame on him for his callous assassination, to confuse the Nation and to manage the expected international fall-out from this cowardly act through disinformation.This is consistent with the hostile political climate they and the rogue elements now in charge of LDF have unleashed on him for some time now. As Family we owe it to General Mahao’s unblemished reputation and uprightness to tell the truth about how he was callously executed. Our sources of information are our family members who were with him when he was unexpectedly attacked. And these are the facts:

At about 14:45 hours on Thursday 25th June 2015, having driven with his two nephews for about 3 kilometers from Mokema village, all of a sudden a silver grey twin cab vehicle wearing no registration number overtook General Mahao’s half-truck vehicle at break-neck speed. This vehicle swerved in front of his and diagonally blocked the road. As the General, who was driving, wrestled with his vehicle to avoid ramming into the vehicle ahead, a white twin cab registration number M 6839 suddenly screeched to a stop exactly parallel the General’s vehicle on the driver’s side and without a word an estimated three or four rounds shots rang out of was thought to have been an AK 47 machine gun and hit the General’s right-side of the body. Meanwhile another white twin cab registration A 0734 had screeched to a halt just behind the General‘s vehicle. The General’s nephews then jumped out through the passenger door. He too, obviously already mortally wounded, attempted to crawl out through the passenger door. But considerably weakened by the injuries sustained, he fell to the ground flat on his face while bleeding profusely.

By this time three soldiers with AK 47 machine guns drawn, had walked out of the vehicle without registration numbers and a light-complexioned soldier wearing a black uniform appeared to take command. This soldier ordered the General’s nephews who had attempted to run away to stop where they were. The soldier then called through his cellular phone and reported “Re mo fumane. Re mo thuntse. Ke na le Sajene Makara” (“We found him. We shot him. I am with Sergeant Makara”.

After this apparent report-back, two soldiers from vehicle M 6839 walked out, dehumanizingly dragged General Mahao with his feet face-down for about 10 meters through the tarmac into vehicle M 6839 which had moved ahead of the vehicle without registration numbers. The two vehicles, M 6839 and the one without registration numbers then drove off with the General, leaving behind the soldier apparently in charge of the operation and vehicle A 0734 holding his nephews hostage for an estimated 40 minutes.
The version of the Government of Lesotho to His Majesty, King Letsie III and to others is that:

As Family, we strongly dispute this disinformation which may point to the possible complicity of Government in the heinous assassination of our beloved son. We expected Government to condemn General Mahao’s murder and to order immediate arrest of the perpetrators of this foul act. It has done neither, and seems to treat the grieving family and the Nation with disdain.

During this moment of pain and despair, we make an impassionate appeal to all of you powerful leaders of our global community, that for the sake of the mourning Basotho Nation you move into action before it is too late. The World cannot afford to look the other way when a nation is being driven to the edge of a precipice by a small band of rogues sprawling about, torturing and killing to their hearts’ content.

In the name of humanity’s common decency, the rule of law and accountability, the family pleads for an institution of a comprehensive International Investigation into the security developments in the Kingdom of Lesotho. The investigation should involve security and legal experts drawn from the Union, the Commonwealth, AU and SADC. We request that the investigations should include the following:

These soldiers were tortured by their abductors to force them to confess that from August 2014 to May 2015, led by General Mahao, they planned to mutiny against the Command of LDF. The absurdity and profound cynicism underlying these claims should be glaring for everyone. This is more so because the period mentioned was when General Mahao was the lawful Commander of the LDF commissioned in that position by His Majesty the King.
The family expresses its fervent hope that their request will be honoured. We hope that only such investigations would lay firm foundations for the return of sanity, peace and stability in Lesotho and arrest further decent into anarchy and impunity. As we deep our banners in our son’s honour, we call upon the World not to allow his gruesome death be in vain! 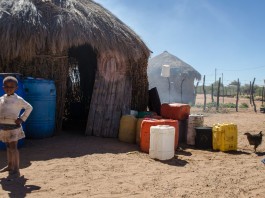 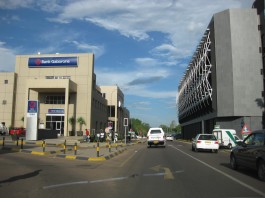