Today, October 25, Tanzania goes to the polls in an election that is still too close to call. If one was to make a conclusion based on John Magufuli’s rallies just before the elections, it will be reasonable to say the presidential candidate of Tanzania’s ruling party, will take over the leadership of the country after Jakaya Kikwete who stepped down after his term expired. The crowds that came to Magufli’s rallies are good enough reasons for everyone, especially in the mainland of Tanganyika to assume that once more green and yellow flags—the colours of Chama Cha Mapinduzi (CCM) will fly high when the election results are announced. But that will be too early to make such assumption.

In a a country where over 60% of registered voters are below the age of 35, it is no longer enough to belong to post-independence team of decider-the elderly men and women who still believe CCM is the only party that can hold the together and move it forward. The new generation of young voters is looking beyond ideologies espoused by their founding fathers; they are looking at opportunities that give them the ability to decide their own future. This is the group that Chadema, the main opposition party, formed from an alliance with three other parties is relying on for the anti-establishment vote. It will be folly for CCM to ignore the seriousness of the challenge it faces, for this time since its creation in the late 1970s.

Edward Lowassa, Chadema’s presidential candidate, a popular former prime minister who defected earlier this year, has articulated his alliance’s vision for the country. That has earned him huge financial support as evidenced by the well-funded rallies his party organised in the lead up to the elections. The competition is definitely more fierce than anyone had imagined. Chadema remains appealing to the young voters. Election results from other Africa countries, for example, Tanzania’s neighbour Zambia in 2011, shows that it was largely as a result of new voters, especially young ones, that the ruling party was dislodged- after 20 years in power; CCM has been in power since 1995.

Indications are that the Civic United Front, an ally of Chadema will be a big decider in the outcome of the polls in Zanzibar. This further places Mr. Mugufuli in a favourite position. But he is not without fears; he fully understands the task ahead and the difficulty with bringing about change in a country that remains an example to the continent when it comes to maintaining the status quo- CCM’s socialist ideologies are still very intact.  He has been urging his supporters to go out in numbers and defend their votes at tallying stations. The same message Michael Sata, Zambia’s opposition leader prior to the 2011 elections used.

However the outcome of the October 25 elections, it is widely expected that Tanzania will move forward. There may be few incidents of post-election violence. This will not affect the country’s image and economy like its neighbour Kenya. 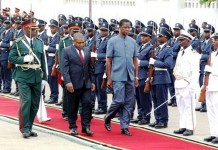 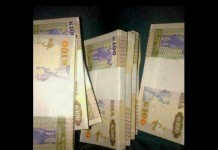