Six African nations have agreed with donors including the UK on a plan to protect the tropical forests of the Congo basin, the second biggest in the world after the Amazon’s, to help ease poverty and combat climate change.

Norway, the first donor to announce a pledge for the project, said it would give up to 400 million crowns (£31 million) annually from 2016 to 2020, from funds it had previously earmarked for tropical forests.

“Addressing issues concerning unsustainable agriculture, wood energy use, forestry and infrastructure development will be the main challenges,” the UN Development Programme said in a statement on Wednesday.

The project aims to slow illegal logging and burning of forests that are vital to millions of people and home to endangered animals such as gorillas and bonobos. It is part of preparations for a UN summit on climate change in Paris in December.

“We cannot succeed (in Paris) without large-scale action to protect forests in the world,” Annick Girardin, French development minister, said. Trees soak up carbon dioxide from the air as they grow and release it when they rot or burn.

Donors are Germany, France, Britain, Norway and the European Union.Brazil, the main nation in the Amazon basin, is an adviser to the project, which also involves UN agencies and the World Bank. Until now, the Congo region has not attracted major funds to safeguard forests.

Forests in the region cover about 0.8 million sq miles – about the size of Mexico – but are shrinking by 5,600 sq km a year.

Conflicts have in recent years limited access to the forests. But with more stable conditions, there is a risk that forest clearance for farming could accelerate. 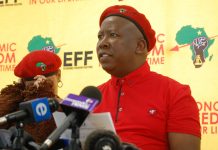 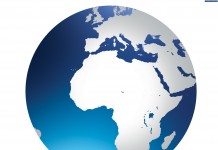