Five months after been sworn in, Nigeria’s President Muhammadu Buhari finally constituted his cabinet. President Buhari was overwhelmingly voted into power on the promise of bringing about change in Africa’s largest economy and its most populous nation. However, since May 29, Nigerians have been waiting to know who will be part of the new government’s team to drive the change agenda.

The ministers who in the past weeks have undergone screen by the country’s senate, are drawn from across the 36 States of Nigeria; regional politics continue to be very pronounced in the country. President Buhari, who comes from the north was already been accused of being biased against some groups of people or ethnicity during his initial appointments.

“Since our inauguration on May 29, 2015, the Vice President and I have been mindful of the need to constitute a cabinet that will best deliver our expectations of a better country than we inherited.” President Buhari stated during the inauguration in Abuja, Wednesday.

In his speech, President Buhari urged his cabinet to contribute to building “a prosperous nation respected for the right reasons, and whose citizens can hold up their heads anywhere in the world.”

It could seem the long wait by the Nigerians was worth it; -the president wanted to ensure that he does not only select the right people to run ministries, but also avoid repeating “such mistakes of the past where the right people were allocated the wrong portfolios.” He stated. Faced with numerous challenges from declining oil prices and foreign reserves, high unemployment levels, insecurity and widespread poverty, President Buhari is hoping the team he has assembled will help him deliver on his promise of diversifying the economy (away from oil) by promoting agriculture and exploring solid minerals as major sources of revenue. The president will head the Petroleum Ministry.

“The primary aim is to achieve self-sufficiency in the production of such staples as rice and wheat and to become a major consumer and exporter of both items as well as solid minerals. We intend to pursue policies that will generate massive employment for millions of our youth.” The president said before unveiling his much awaited cabinet and their portfolios.

Full cabinet is as below (Name (State) – Ministry) 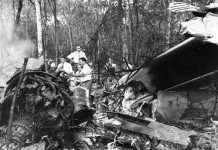 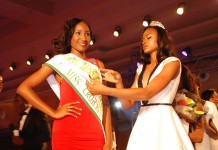