Back in the summer of 2009, President Barack Obama went to Ghana and gave Africans a lecture about democracy, in which he paid tribute to determined voters across the continent who shared his enthusiasm for choosing their own leaders. “History is on the side of these brave Africans,” Obama said, “not with those who use coups or change constitutions to stay in power. Africa doesn’t need strongmen. It needs strong institutions.” These were strong slogans, but history’s allegiances are rarely so unmistakable.

What side is history on, for instance, in a country that has no sustained experience of democracy, if the only choice is between those who use coups and others who use coups? And what if one of those coup-using sides opposes the other because the other is trying to change the constitution to stay in power? That’s what happened last October in Burkina Faso, a former French colony next door to Ghana, where each of the first five heads of government after independence was overthrown, and the sixth, Blaise Compaoré, having bumped off his predecessor, had clung to power for twenty-seven years, and didn’t want to let go of it. The law said that Compaoré’s time was up in 2015, so he moved to change the law, but the people weren’t having it. For four days, the streets of Ouagadougou, the capital, filled with protesters, and on the fourth day—after some of them torched the parliament building and others occupied the national TV station, and the airport was declared closed—Compaoré drove into exile, and the military seized power, dissolving his government and promising national elections before long.

The alignment of the military with “people power” in Ouagadougou was generally hailed across Africa, and abroad, as good news: sure, it was yet another coup in Burkina Faso, but it was, just maybe, a coup for democracy. And seeing Compaoré fall inspired citizens elsewhere on the continent to defy other Presidents who were maneuvering to outstay their constitutional welcomes. In January, there were scenes of mayhem in Kinshasa, the capital of the Democratic Republic of Congo, after President Joseph Kabila proposed a law that would require a complete census before the next national election, a scheme that could keep him in power for years. Kabila is famously indifferent to popular sentiment—his men do crowd control with live ammunition—and at least forty people were killed, in four days, before the protesters withdrew. Kabila finally pulled back, too. He scrapped his proposed census law—as if, at least for the moment, he weren’t sure whose side history was on.

Then, there is Burundi, a country haunted by decades of coups, assassinations, massacres, genocides, and civil war. Twelve years ago, an elaborate peace deal put the country back together, with a new President, the former rebel commander Pierre Nkurunziza. The constitution allowed him two terms, and he liked them so much, apparently, that at the end of April he announced he would run for a third, plunging the country once more into violent political crisis. Some generals attempted a coup, in the Ouagadougou spirit, but loyalist troops defeated them and, with them, any prospect of restoring the hijacked constitutional order. Now Burundi’s economy is in tatters, its independent press has been silenced, dozens of people have been killed by police, and many more have been beaten and terrorized by the youth wing of the President’s party. More than a hundred thousand have fled the country. Nkurunziza doesn’t seem to mind: he says that he is in touch with God, and does as God wishes.

Burkina Faso, Congo, and Burundi are among the world’s poorest, least developed, worst governed countries. Compaoré, Kabila, and Nkurunziza are corrupt and unaccountable men, more like Mafia godfathers than like public servants, and they hardly bother to pretend otherwise. When they say that they must remain in office, they make no case for what good they’ll do, no connection between their interest in power and the public interest.

In Rwanda, meanwhile, baskets and bundles have been arriving at parliament, stuffed with petitions calling on the deputies to amend the constitution so that President Paul Kagame can run for a third term when his current mandate is up, in 2017. More than two million Rwandans (in a country of twelve million) have reportedly signed these petitions, which are the culmination of several years of a relentlessly intensifying campaign by Kagame supporters. They argue that Rwanda owes its many extraordinary transformations since the genocide to his leadership, and that he must stay on if those gains are to be solidified. Kagame maintains that he and his apparatus have nothing to do with this effort, but he has dominated Rwandan political life since 1994, and Rwanda is far from an open society. If he didn’t want this third-term campaign, it wouldn’t exist.

In Ghana, Obama spoke of the benefits of “peaceful transfers of power even in the wake of closely contested elections,” and said, “This progress may lack the drama of the twentieth century’s liberation struggles, but make no mistake: it will ultimately be more significant.” There was plenty of drama in Nigeria recently, when, for the first time in its history, a sitting President, Goodluck Jonathan, was defeated by the leader of the opposition, Muhammadu Buhari, then congratulated him and relinquished power. It’s hard to imagine how Jonathan could have better served his country, or shown how far it has come from its desolate decades of military dictatorships and coups. Kagame was right when he used to say that it would be like a mark of success to step down. It is the ultimate act of leadership. 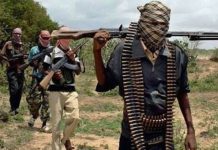 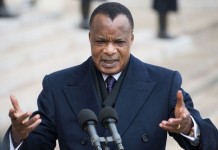 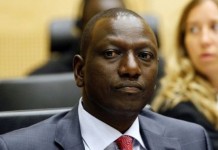