The Congolese club secured their place at the Club World Cup, where they could face European champions Barcelona, by sealing a second-leg victory on Sunday

TP Mazembe clinched their fifth CAF Champions League title with a 2-0 win over USM Alger in the second leg of the final on Sunday.

Mbwana Ally Samatta’s second-half penalty and a late strike from Roger Assale sealed the 4-1 aggregate win for the dominant home side and ensured they will compete in the Club World Cup later this year.

Goals from Rainford Kalaba and Samatta had put the Congolese in control of the tie heading into the second leg and Patrice Carteron’s side never looked likely to surrender their advantage.

Mazembe controlled the first half, though they struggled to create any meaningful chances against a USMA side who defended deep and looked to spring counter-attacks.

Adama Traore missed a great chance to put Mazembe ahead early in the second term when he failed to hit the target following Samatta’s delivery, but they finally broke the deadlock on 74 minutes.

Farouk Chafai was adjudged to have fouled substitute Assale in the penalty area despite appearing to make clean contact with the ball, allowing Samatta to convert from the spot to put Mazembe 3-1 up on aggregate and draw level with tournament top scorer Bakri Babeker with his seventh goal.

USMA pressed late on but there was ultimately no way back for the Algerians in their first ever appearance in the final, and Assale made certain of the victory when Samata set him up to score after a fast break in injury time.

The victory sees Mazembe secure a place in the Club World Cup, which will be held in Japan in December.

European champions Barcelona and Copa Libertadores winners River Plate have already sealed their place at the tournament along with Auckland City and Club America – the Champions League winners from Oceania and South America respectively.

The winner of the Asian continental tournament – either Al-Ahli or Guangzhou Evergrande – and the J-League champions will complete the list of contenders. 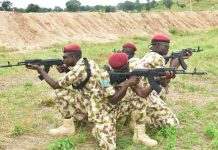 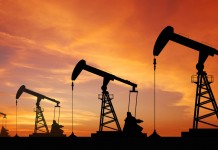