The United Nations General Assembly on Thursday urged the United States, Britain, Belgium, France, Germany, South Africa and others to release any information they have on a 1961 plane crash that killed then Secretary-General Dag Hammarskjold.

Hammarskjold – a Swede elected as the world body’s second chief in 1953 – was killed along with 15 others while on his way to broker a truce in Katanga in what is now Democratic Republic of Congo. The plane crashed in Northern Rhodesia, now Zambia.

Secretary-General Ban Ki-moon told the General Assembly in July that a U.N. inquiry had found new information pointing to an aerial attack or other interference as the possible cause and that it warranted further investigation.

The three-member panel had asked for specific information from Belgium, France, Germany, South Africa, the United States and Britain during its three-month inquiry into the September 1961 crash, but said not all requests were entirely satisfied.

The 193-member General Assembly adopted a resolution on Thursday that “urges all member states, in particular those addressed in the report … to release any relevant records in their possession and to provide to the Secretary-General relevant information related to the death of Dag Hammarskjold.”

The resolution, adopted by consensus, also asked Ban to pursue pending requests for information made by the inquiry.

“The Secretary-General again urges all Member States to disclose, declassify or otherwise make available all information they may have in their possession related to the circumstances and conditions of the crash,” Ban’s spokesman said on Wednesday.

The General Assembly had asked Ban in December to appoint the independent panel of exerts to examine new information. The experts were from Tanzania, Australia and Denmark.

The new information they found included eyewitnesses saying they saw more than one aircraft, or that Hammarskjold’s plane was on fire before it hit the ground or was fired upon by other aircraft, and that two men who listened to or read a transcript of an intercept of radio transmissions relating to what they believe was an attack on the plane that led to its crash.

There was also additional new information on the air capability of the provincial Government of Katanga in 1961 and its use of foreign military and paramilitary personnel. 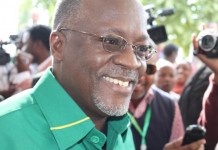 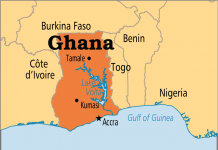 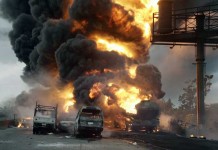