Double Africa Cup of Nations winning coach Herve Renard was shown the door Wednesday by French Ligue 1 club Lille. Renard, only 47 years old, took over the job as coach of the French club in May this year and is the first manager to be sacked by the club midway through the campaign in over 10 years.

While at the helm of the club, the former Zambia and Ivory Coast Football clubs coach had only managed two wins only seven goals in more than a dozen games this season, leaving the club in 16th position. This position, the club stated on its website, was “a perilous position and certainly not up to the objectives of the club.”

However, both Renard and the club have been bold enough to take the blame for the club’s misfortunes. Renard signed a 3-year contract with Lille after failing to save Sochaux from relegation in 2014. Renard took over from Rene Girard at Lille in May after helping the Ivory Coast win the Africa Nations Cup earlier in the year.

With his former Chipolopolo team of Zambia still with a stand-in coach, George Lwandamina, will Renard be considering a third time lucky chance and approach Zambia’s Football Association President and close friend Kalusha Bwalya for a job? Many Zambians still regard the Frenchman highly and his departure, the second time, was not so closely linked to his performance, or failure to qualify the 2012 Champions to the World Cup in Brazil.

During an interview before Zambia faced off with Ivory Coast in 2014, Renard confessed to divided loyalty during the friendly game. “My heart will be with Zambia while my professional loyalty will be with my employers Ivory Coast. I love Zambia and I feel at home. I will always come back as a citizen,” Renard said. Immediately after steering the Chipolopolo to glory in 2012, the Government of Zambia issued him with a Permanent Residency Permit and a National Registration Card, a symbol of “Zambian citizenship”. 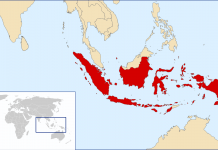 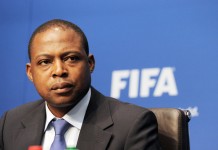