After 42 days without a single case of Ebola in Sierra Leone, the UN World Health Organisation (WHO) declared the West African country Ebola free. The declaration was met with celebrations across the country; at last the visible misfortune that gripped the country was seemingly letting the country loose. Hundreds of Sierra Leoneans gathered around the famous cotton tree till midnight to mark the 42nd day of an “Ebola free Sierra Leone”.

There was a good reason for them to celebrate; After more than a year and half of the pandemic’s presence in the country, the devastation left behind not only reminded humanity about just how vaporous life is, but also how an outbreak of this kind can cripple a country’s economy.

The medical community was taken by surprise by the virus; before they could figure out how to contain its spread and save lives, families had been wiped out, communities broken and livelihoods shattered.

The United Nations Development Programme (UNDP) in its report “Socio-economic impact of Ebola virus disease in West African countries” states that the pandemic reversed the country’s decade worth of economic growth and cost it upto an estimated USD219 million of Gross Domestic Product (GDP). It will take decades before Sierra Leone can bounce back from the effects of the Ebola outbreak.

While the nation celebrated the “Ebola-free” declaration, grief gripped those gathered around the cotton tree as names of the more than 200 health workers who died during the outbreak were read out. These are people who, in the course of duty, sacrificed their lives. Although they did not save all the lives of Ebola patients brought to their health centres, they did what they could within their available means; like soldiers at the battlefront, they knew the risks that come with their profession. But that did not stop them from welcoming Ebola patients and burying their bodies.

Today, together with those who gathered around the cotton tree, we remember these brave men and women. Later in the month, Sierra Leoneans will be marking a day of recognition and thanksgiving to the survivors.

Ebola survivors, like HIV/AIDS patients, unfortunately, carry with them a worrying level of stigma within communities they live. Reaching this milestone in Sierra Leone, today, is just a beginning to another era requiring us to pay more attention to the virus that caused so much damage to communities in West Africa. Recent research findings are now telling us more about the virus and how it interacts with us. It will take a long time and a lot of collaboration within the medical community before we can secure ourselves from this virus; the virus has potential to hit anyone anywhere on this planet.

The same way the international community came to the help of Ebola affected countries, in this post Ebola era for Sierra Leone, let us summon an even more urgent spirit of Ubuntu and render support to the Ebola orphans, Ebola widows and Ebola widowers. It will not be enough to give families of survivors the USD5,000 which is reported to have been pledged in Sierra Leone by the government. It will require more than money; psycho-social counseling, livelihood support, equipping healthcare centres with adequate resources for continuous testing/detection. Above all, it will require surviving communities to embrace Ebola survivors and help them re-integrate into their communities without discrimination.

We still remember those who, at the height of the pandemic, called for the banning of travelers from Africa. They belong to the wrong side of history.

West Africa remains behind in advanced medical healthcare and adequate resources to conduct clinical tests post-Ebola infection. Many communities are still deprived of not only healthcare facilities but other basic services too. Re-occurance of the Ebola virus in these communities will be just as catastrophic as when the virus was first known.

The way forward, especially for West Africa and the rest of the sub-region is to equip itseld with adequate healthcare systems and enhance education around emerging pathogens and how they could contained. Without this, countries ravaged by the virus will remain infected even after they are declare free of it. Without responsible care for the survivors and families of those health workers who died saving lives, the effects of Ebola will live within these communities for decades to come. Sierra Leone is no exception. 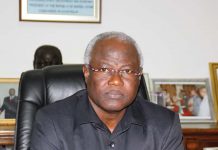 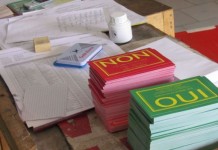