The EFF rejects the piecemeal cabinet reshuffles by Jacob Zuma as a sign of a serious pathological crisis in the leadership and direction of the country. The new reshuffle of Finance Minister Nhlanhla Nene in favour of an unknown, inexperienced, sophomore David Van Rooyen with questionable political credentials is yet another indication to that effect.

Zuma has appointed him because he knows that Van Rooyen will not stand up to him when he wants to do wrong things. Van Rooyen will be so eternally grateful, absolutely starstruck that anything Zuma asks for will go. Van Rooyen will be prepared to even approve further upgrades to Zuma’s Nkandla home by putting a private zoo that has exotic animals like domesticated tigers.

The EFF has it on record that Nene has been moved because he refused illegal instructions from Zuma and his friends in both business and state owned enterprises. Nene refused to give South African Airways (SAA) guarantees and bailout when Zuma’s girlfriend and chairperson of the board requested it. Nene also refused to buy Zuma a new luxurious private jet and declined to grant Zuma’s staff exemptions from using expensive hotels and flying first class.

Above all, Nhlanhla Nene was reluctant to approve the country’s new nuclear deal which Zuma wanted expedited so he can benefit before his term as president ends. There can be no more shocking news coming out of South Africa to signify that we are a country in crisis, with no knowledge of what tomorrow holds.

We have always warned that with Zuma you must either be corrupt or you fall out of favour with him. No one in the world will trust a political leadership that changes cabinet and finance ministers like underwear. A decision to change a person that presides over the treasury of the country must come with substance, be predictable and not come as a shock. If so, we all doubt what is being intended with the taxes of the people.

The EFF rejects this reshuffle and calls on the people of South Africa to reject the ANC in the local government elections. 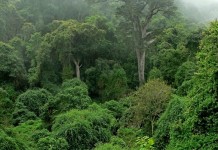 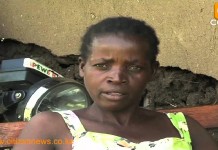