President Uhuru Kenyatta has called on Kenyans to unite and reconcile over the Christmas period, praising Muslim passengers who fearlessly shielded their Christian counterparts in a foiled Al-Shabaab attack recently.

He has also urged local leaders to put the needs of those they serve before theirs and to shun self-centeredness in their service to Kenyans.

In a message sent to newsrooms, the President called on Kenyans to accommodate their neighbours from a different religion, race and community and to let go of their pride.

“That spirit was shown in a particularly striking way by the Muslim Kenyans who stood with their Christian compatriots against attackers near Mandera a few days ago. This is the Kenyan spirit that we must uphold and honour,” said the President.

Preaching a message of hope and confidence, the president urged Kenyans to remain optimistic and steadfast as they approach 2016.

“Sometimes, when we remember how complex the challenges are, or how intensely any attempt to overcome them will be opposed, we are tempted to despair. But if Kenyans remain strong in hope, and join in the fight, then we can be sure that Kenya will win,” said the statement.

He also advised Kenyans to be careful while on the roads while calling upon drivers to ensure their safety and that of other road users.

Going Beyond Amazon: A New Model for Authors, Retailers, and Publishers 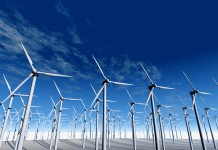