Gen Konate served as the interim president of Guinea during the political turmoil in the West African country in 2010, and was later appointed by the African Union as its “high representative” in efforts to establish a standby force to intervene in conflicts in Africa.

Instead of going on trial in a US court, Gen. Konate pleaded guilty to the charges. which may result in him getting a prison sentence of up to five-years.

While on his way from Ethiopia in 2013, the General attempted to smuggle the cash through Dulles International Airport, much of it was found hidden in his luggage, prosecutors said. According to a statement he signed as part of his plea, the general called the searches improper given his status as the former president of Guinea and commanding general of the African Union forces, Reuters reports court documents to show. 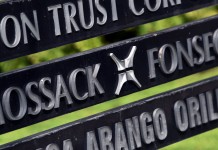