President Paul Kagame was the most searched person on Google, by internet users in Rwanda, according to a new ranking by Time Magazine, for 2015’s most ‘googled’ persons around the world.

Time Magazine, which comes up with different rankings every year, used data provided by Google to determine the most searched persons for each country since the start of 2015.

US reality-TV star Kim Kardashian, famous for ‘Keeping up with the Kardashians show,’ and Argentine Soccer ace Lionel Messi who plays for Barcelona, topped the list in first and second slots, respectively, as the most Googled persons in 26 different countries around the world.

Portuguese football player Cristiano Ronaldo, who currently plays for Real Madrid ranked in third place as the most searched person on Google in 21 countries around the world, including Ethiopia, Angola and Eritrea.

What does this mean?

The data is a clear indicator of the different tastes and preferences in topics or content that interest the majority of internet users around the world.

Having a reality-TV star, two footballers and two singers as the top five most Googled persons in different countries around the world goes to show how the web is largely dominated by younger users who mainly use the internet as a source of amusement.

But it is not the same everywhere; in Rwanda, there’s no doubt about President Kagame’s popularity both online and offline, his name has dominated news headlines all year round as he went about his presidential activities.

In Tanzania, Edward Lowassa dominated Google searches despite being defeated by John Pombe Magufuli in the country’s presidential race held two months ago.

Barrack Obama’s visit to Kenya earlier this year removed the spotlight from President Uhuru Kenyatta who is equally a big-time celebrity on the internet, while in Burundi, Pierre Nkurunziza’s role in the country’s current political impasse has got internet users searching more about the man.

In Uganda, Desire Luzinda has dominated that country’s Google searches all year long.

In most African countries, including DR Congo and Somalia, soccer ace Messi dominated internet searches which goes to show how deeply rooted soccer is on the continent. 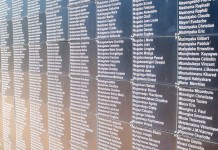 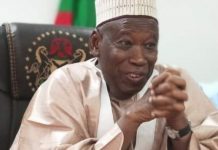 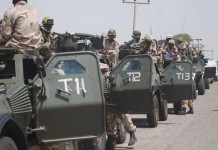