According to the African Development Bank (AfDB), as far back as 2011 there were already 313 million people – or 34 per cent of the continent’s total population – that could be referred to as middle class.

Yet at the same time, other parties see it differently. According to Standard Bank, only 15 million households in the 11 largest Sub-Saharan African economies fall into the bracket. Consultancy firm EIU Canback agrees there has been growth, but not as much as many think, suggesting that the African middle class rose to 6.2 per cent of the continent’s population in 2014, up from 4.4 per cent in 2004.

The disparities in estimates arise from differences in defining what exactly “middle class” is. The AfDB defines it as people spending between $2 and $20 per day, and has a separate category for “stable middle class” – which it said stood at 123 million people in 2011. Income, wealth, and consumption can all be used to establish class.

Yet despite the disparities in exactly how big it is, all observers – including the AfDB and Standard Bank – remain convinced Africa’s consumer market is burgeoning, and bringing with it increased opportunities for businesses on the continent. Investor George Soros says the growth of the continent’s middle class is one of the only economic bright spots across the world currently.

The size of the opportunity has not been lost on international companies. Accommodation booking platform Airbnb, which rents out rooms or whole properties online, is scaling up its operations in the region, having already seen sizeable growth. It has more than doubled listings and seen user numbers increase by 145 per cent over the last year.

Airbnb is following a path already mapped out by taxi-hailing giant Uber, which has rapidly established an African presence in eight cities – Cape Town, Durban, Johannesburg, Pretoria, Nairobi, Cairo, Casablanca and Lagos. Samantha Allenberg, communications associate for Africa at Uber, says the company believes there is great potential given the growth of the continent’s middle class.

“We are changing the way people think about getting around, we are changing the way people connect with the people in their cities. In Africa we have partnered with a significant number of drivers and provided them with the tools to build their own small businesses. We have enabled thousands of work opportunities across Africa and believe we can enable thousands more in the coming years,” she said.

This international interest in Africa is only set to increase as the middle class – however we define it – continues to grow. The AfDB says there will be 1.1 billion middle class Africans by 2060, while the McKinsey Global Institute thinks African consumer spending will hit $1.4 trillion by as soon as 2020.

Angel investor Eric Osiakwan said this continuing growth offers international companies a market that was previously very small, and where before they would have had to scale much faster.

“The middle class has an unquenchable taste for technology innovation but we have seen this now at the bottom of the pyramid markets especially, because in their case it is providing a livelihood,” he said. “So as technology lifts people out of poverty into the middle class we would see an expansion that pulls in a level of momentum that would generate a tipping point effect somewhere in the 21st century.”

What the middle class really wants

It is not just large international companies that are set to benefit from the growth of the continent’s middle class. Arielle Sandor is chief executive officer of Kenyan jobs platform Duma Works, and says it has opened up new opportunities for smaller, more local businesses too.

“The growth of the middle class signifies that more people will have enough money to begin building personal businesses,” she said.

“When they do this, Duma Works wants to be there for them when they need to find talent to support this growing business.”

Youth – and media consumption – are key to this segment. Young Africans – in many African countries more than half the population is under the age of 25 – are increasingly online. Internet penetration on the continent has increased by 6,839 per cent in the last 15 years, with Frost & Sullivan saying mobile penetration in the region will increase to 79 per cent by 2020.

But what do these consumers want? Sandor says middle class consumers typically have higher standards for services they are using.

“This is because they have increased exposure to many options, rather than relying on the most broadcasted company that holds a monopoly in a given sector,” she said.

Johann Jenson, CEO of accommodation marketplace SleepOut.com, agrees with Sandor that customer service has become especially key as the middle class grows and competition for its attention increases.

“Modern African consumers are still not as demanding as what you might find in other economies such as the US or Europe, but there is a noticeable trend towards higher service levels given the multiple channels consumers now have to voice their discontent or satisfaction,” he said.

For Osiakwan, the middle class is looking for appropriate technology to save them time on “mundane stuff”, something services like Uber, Airbnb and SleepOut can certainly claim to do.

In an African business climate where many companies have traditionally relied on newspapers or billboards to advertise to potential customers, does the rise of a younger, more affluent middle class change things? The answer is almost certainly yes, but the change is slow, and as yet inefficient and ineffective.

While the vast majority of middle class consumers operate in the digital space, many African marketers are still using mass approaches in offline media. Yet change is being driven by both multinationals and smaller, young businesses targeting the middle class.

Osiakwan, indeed, says the growth of the middle class segment will “turn marketing completely on its head”, with techniques such as mobile marketing taking centre stage

“These consumers are online more, so this is natural. I also think that it will force all marketers to up their game and be really unique – especially when they are appealing to millennials in the middle
class.”

Aisha Pandor, CEO of South African on-demand domestic cleaning startup SweepSouth, says, however, that there are two parts to the middle class that companies need to be aware of. For the younger, newer middle class, digital marketing methods and customer service are key, but the traditional middle class, which remains offline, is still key.

“Companies wanting to market to these customers may focus more on the aspirational aspects of being middle class in order to get their attention,” she said.

Adaptability, then, is key, and Allenberg says Uber has realised the need to be flexible in its market approaches.

“Our strength is that our marketing strategies can move and adapt quickly, based on what works best for each city,” she said.

“We have strong and dynamic marketing teams based in each city; these teams have their fingers on the pulse of what moves each city. The teams are always looking to partner with local brands, bringing benefits and exciting campaigns to the citizens of each city.”

The importance of flexibility stressed by Allenberg is picked up by Jenson also, who argues that “middle class” is a different proposition depending on what country you are talking about. Companies must adapt their messages accordingly.

“The African consumer is very diverse and certainly you cannot use the same strategy to execute in South Africa as you might in Kenya or Nigeria,” he said.

“Originally, SleepOut.com started as a service primarily used by expats and international travellers visiting Kenya’s coastal areas. Over the past few years with the emergence of a significant middle class, we have also started offering a pay-on-arrival service that appeals mainly to middle class consumers by focusing on flexibility and great value accommodation options.”

This diversity is stressed by Mipe Okunseinde, an associate at law firm Covington. She says if companies are going to pursue opportunities in the African market, they must first appreciate just how diverse the African consumer market is.

“Whichever way a company chooses to splice the market, it is essential to identify the consumer segment to which it wishes to sell and then tailor the products to suit the buying behaviours, needs and preferences of the chosen segment,” she writes on her blog, adding:

“As with any other consumer market, price, brand loyalty, quality (and sometimes other factors) are all relevant considerations but each segment weighs these factors differently. Equally as important is determining the supply chain and distribution network that best serves the chosen segment while still keeping transaction costs down.”

Many companies have found this a struggle, even those that are amongst the biggest globally. Earlier this year, food producer Nestlé announced it was cutting 15 per cent of its African workforce in 21 countries, and admitted it had overestimated the size of Africa’s middle class.

The company invested heavily in Africa from 2008, and has around 11,000 employees in countries that include Kenya and Angola. But in announcing its cutbacks, Nestlé’s Africa chief executive Cornel Krummenacher said the company would be “lucky” to reach annual growth of 10 per cent in the region in future years, and had realised the limitations of targeting the continent’s middle class.

The segment is growing, but more growth is necessary before spending power truly matches the revenue needs of larger international firms. In the meantime, companies need to figure out who they are targeting and how they are doing that.

“So, no, there is no reason to give up on the African middle class nor the consumer class more generally.  However, in order to succeed in the market, it is essential to appreciate the diversity in the African consumer market, understand the African consumer segments which one wishes to engage, and then select and tailor the products and routes to market accordingly,” she said. 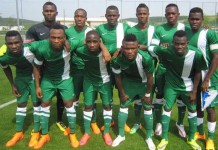