Deputy President William Ruto will know this Friday if the International Criminal Court will admit recanted evidence in the case against him.

Last evening, the Appeals Chamber of the Court said it would deliver its ruling on Friday at 6.30pm Kenyan time.

Kenya has been mobilising the international community — including the Assembly of State Parties — to stop the use of recanted evidence in the Ruto case, saying the amendment to Rule 68 of the Rome Statute was made after the case had started. Kenya has been pushing to block the amendment from being used retroactively.

The court could weaken the case made by Prosecutor Fatou Bensouda if it rules that Rule 68 cannot be applied retroactively.

If it rules otherwise, then it will weaken Mr Ruto’s defence. It is also possible that the ruling will have no impact on the case, depending on what the judges decide.

Mr Ruto and his co-accused, former radio presenter Joshua arap Sang had appealed a ruling by Trial Chamber V(A) which allowed the prosecutor to have renounced testimony re-admitted.

Mr Ruto and Sang are facing charges of crimes against humanity in connection with the 2007-2008 post-election violence in which 1,113 people were killed and more than 600,000 displaced.

A verdict in favour of Prosecutor Fatou Bensouda will offer her new standing to strengthen her case, now that all her witnesses have testified. If judges agree with the defence team, however, it would boost the defence argument that the case was built on quicksand.

The judges may side with the prosecutor but allow her witnesses to be challenged by the defence team, which means that they could rebut Ms Bensouda’s earlier submissions in the trial.

Ms Bensouda has in the past argued some of the witnesses pulled out or recanted their testimonies possibly because they were influenced to do so.

Earlier in the trial, Ms Bensouda had asked Trial Chamber V(A) to allow evidence submitted to the court and recanted to be used. She based her argument on Rule 68, which was amended during the 12th Assembly of State Parties (ASP) meeting at The Hague in 2013. The court agreed with her.

The ASP, composed of member states of the ICC, acts like a parliament for the court. It makes rules and regulations to guide the judges.

Ms Bensouda had convinced the judges Chile Eboe-Osuji, Olga Herrera Carbuccia and Robert Fremr that five of the witnesses in the case were influenced — through bribes or intimidation — to recant their statements. She had also argued that a sixth witness had disappeared.

“The admission of hearsay evidence, which is central to the OTP’s (office of the prosecutor) case, will significantly affect the fair conduct of proceedings because it will not only affect the defence’s ability to properly test the OTP’s case but to adequately make its case,” argued his legal team led by Mr Karim Khan.

After the judges ruled to allow the use of recanted evidence, the Kenyan Government immediately wrote a protest letter to the presidency of the ICC.

In the letter to the court’s president, Ms Silvia Alejandra Fernández de Gurmendi and the president of the Assembly of State Parties, Mr Sidiki Kaba, Kenya’s ambassador to the UN, Mr Macharia Kamau, described the judges’ decision as “regrettable and improper”.

“We wonder why the court would take this course of action when it is surely aware of the understanding and decisions of the assembly.

“The legal and moral hazard of such action(s) ought to be self-evident as it undermines the legislative oversight of the assembly,” he wrote on August 25.

Kenya complained that although it had supported the amendments in 2013, it had been promised by the assembly that the rule would not apply in the Kenyan cases already before the court.

“Kenya was duly assured, through consensus reached by states parties, that the proposed amendments to Rule 68 shall not be applied retroactively.

“Moreover, specifically and crucially, Kenya was expressly informed that there would be no attempt to apply the amended rule 68 in the trials under way before the court and more particularly so, in the trials relating to the situation in the Republic of Kenya,” argued Mr Kamau.

Kenya had agreed to the amendment as a give-and-take so that the assembly could also amend rules that would ensure cases go on even if the Kenyan suspects were not present in courts.

At the time, President Uhuru Kenyatta was also facing similar charges and it was feared there would be a vacuum if both he and Mr Ruto were required to appear in court. 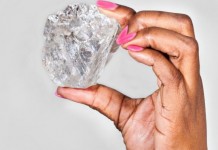 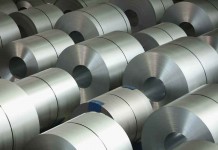