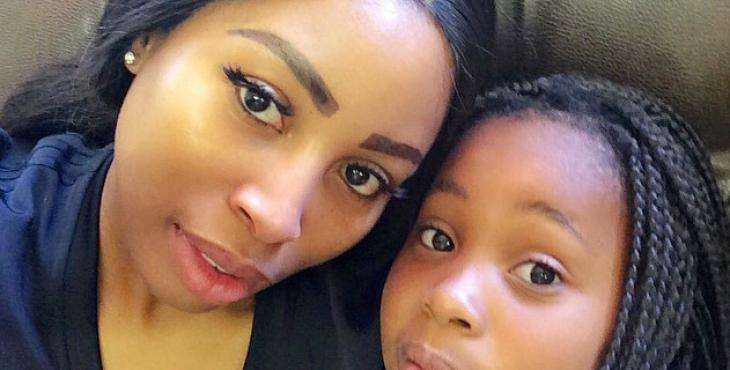 Reconciled to the fact that life would never be normal for her daughter, controversial actress and socialite, Khanyi Mbau, has set out to prepare her child for the inevitable.

Mbau, who was in Durban recently for the opening of the film Happiness is a Four Letter Word, in which she plays a lead role, said motherhood had helped her mature.

She rose to fame at 19, having played the diva Doobsie on the South African soapie Muvhango and then marrying a man twice her age and living a life of excess.

In her usual candid style she explained that she has had much to answer for, to her 9-year-old daughter, Khanukani.

“Mommy, what is a gold digger? Mommy, where is my dad? Wow, he’s dark hey,” recalls the actress, who is incidentally at the centre of the latest skin lightening controversy for her use of the intravenous glutathione/vitamin C drip.

She is never apologetic and honest about the fact that she is “fake”.

In the limelight almost every question is an accusation Mbau turns on its head.

“For instance I’m happy to tell people what I’m really doing with my skin. I know they talk because they’re curious and it creates business for me.”

By her own admission, she is an opportunist. Some may say that the actress, who published her biography Bitch, Please! I’m Khanyi Mbau (prematurely written at 27) is interpreting motherhood through the same paradigm.

“My daughter has Instagram. I created the account for her and I control it. It is a documentation of her life. She already has about 12 000 followers.

“When she is old enough I will give her the password. If she wants to get into this industry one day, it’s there for her,” she says.

“But for now she is at boarding school.And it’s not just any school either, it’s a high-profile ‘farm school’, specifically selected to ensure she enjoys her childhood and is well-grounded.

“Come Monday she leaves behind the iPhone and Louis Vuitton and gets on a bus with all the other kids. It’s like in the mountains. There isn’t even proper reception, so when we chat she has to go down to the river, where there is a signal. It’s that kind of school.

“I work a great deal and for this reason my daughter attends boarding school from Monday to Friday. She comes home on the weekend and this is our time. If I have to work on these days, I make sure it’s at night.”

Mbau says her younger self would be happy to have the life she’s given her child. “I tell her she doesn’t have it bad but apart from stuff, I want her to have a wholesome lifestyle. To really know what the important things in life are.”

Mbau is surely striving to give her daughter the enigmatic persona she appears to maintain.

She is adamant that she is not the woman she is on social media.

“The wigs, the lashes and even the clothes are all carefully thought of. It’s an image, a brand. Khanyi Mbau is a Barbie doll.” One every one wants to dress, know and have.

Eloquent, intelligent and charming, Mbau is a realist. For her it’s not a question of character but one of capital. 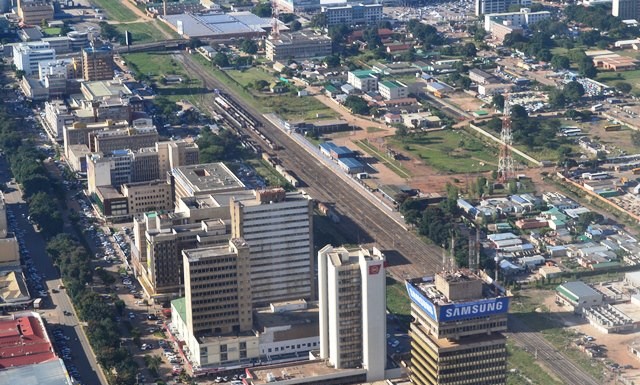 Zambia| Once a poster child for New Africa, now divided and broke