There have been some conflicting reports coming out of East Africa, with some suggesting that Uganda and Tanzania have come to an agreement on the construction of an oil pipeline from the former through the latter.

The Tanzanian presidency has reportedly stated that it and its Ugandan counterparts have agreed on a $4bn, 1,120 km oil pipeline stretching from Ugandan oil fields to the Tanzanian coastal city of Tanga.

However, the Kenyan government has dismissed these claims, stating that negotiations are still underway, and that a pipeline stretching from Uganda through Kenyan oil fields is still on the cards.

The pipeline route has been a point of contention for numerous years, and has been the primary stumbling block (although subdued international energy prices should also be considered) preventing more rapid development of the East African hydrocarbons sector.

Uganda (which currently boasts more than six times the estimated oil reserves in Kenya) has shown some indecision regarding the preferred route for the country’s oil export pipeline.

In August last year, Kenya and Uganda reportedly agreed on a route with the $4.5bn, 1,500 km pipeline cutting through northern Kenya and the Lokichar Basin from Hoima in western Uganda, before reaching the port city of Lamu. The two countries even negotiated the creation of an oil company to be owned by all the stakeholders with the purpose of guiding the development and management of the pipeline project.

However, there were still numerous differences that needed to be resolved before the project could commence in earnest.

Specifically, Uganda demanded that Kenya meet its preconditions relating to financing, security guarantees, and transit fees/tariffs before construction could commence. At the time, the head of the Northern Corridor Integration Project Authority in Kenya stated that there was a slight misunderstanding with Kenya thinking that the conditions would be met as the project went on, while Uganda demanded that the conditions be met upfront.

Furthermore, the precariousness of the situation was exacerbated when authorities from Tanzania and Uganda, the Tanzania Petroleum Development Corporation and Total signed a memorandum of understanding to explore a southern route for the pipeline.

It now seems that there has been some progress regarding the Tanzanian route, which, if implemented, would be a considerable set-back for Kenya’s hydrocarbon ambitions.

Kenya and Tanzania are competing to become the preferred gateway into the East Africa region, with both countries investing heavily in transportation infrastructure.

A key aspect of Kenya’s growth strategy is the development of the flagship Lamu Port Southern Sudan-Ethiopia Transport (Lapsset) project, which aims to fortify Kenya’s leading economic role in the East Africa region.

However, the project continues to face numerous setbacks, from both economic and political perspectives.

A crucial element of the Lapsset project is the oil pipeline, which will notably improve the transport corridor’s feasibility. Tanzania, in turn, remains in Kenya’s shadow in terms of economic size and sophistication, but becoming the region’s energy gateway while also pursuing its own hydrocarbon ambitions could change this dynamic over the medium to long term.

Overall, there is still much uncertainty regarding the pipeline route, and oil companies will be in no rush to make investment decisions in the current energy price environment 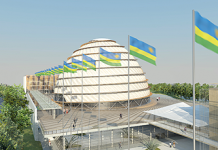 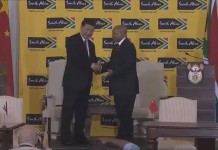