It was the sight I feared most: The freshly-torn branches strewn on the road as the Zambian warning triangle, a white petrol tanker stationary in the middle of the road, a fracas under way on the verge.

A man, beer in hand, angrily gesticulates for us to pass on the right. As we crawl by, the unmistakable shape of a small person under the blue cloth, dark blood running out to the edge of the road, a hand peeking out.

The accident took place about 30kms from Chipata, down the Great East Road traveling towards Lusaka. It was a common, confused and crowded village scene – stalls selling potatoes and tomatoes and the odd pumpkin, upright white sacks of charcoal, sugar-cane waving in the wind, bags of maize and brightly coloured cell-phone kiosks, people milling about, furniture and building materials on sale, and bundles of firewood. Just further on was the mission school of Msamaria, a sight of order and signal of hope in a scene of poverty and sadness.

We feared it most because it seemed inevitable.

The journey along the national road, the T4, is at best harrowing. While the 570kms of tarmac from Chipata has mostly been rebuilt and the road speeds consequently have gone up, it is a dodgem of four- and two-wheeled and -legged cars, tractors, trucks, herds of goats, cattle, oxcarts, donkey-carts, pedestrians, dogs and even a disabled carriage. I braked to a near-stop no less than 20 times for errant goats – and then stopped counting.

And then the bicycles, oncoming, crossing and passing, carrying sometimes three people, mats, firewood stacked high, mattresses, yellow water containers, maize, charcoal, sugar-cane, beams of wood and, our winner, a 44-gallon drum. So heavy are the loads, they weave drunkenly as the riders plough effort into the journey, your hand constantly on the hooter to forewarn your arrival.

But it’s the number of people, as it turned out, that are the greatest concern, especially the children loitering and playing by the side of the road. The erratic extent of pedestrian behaviour is exacerbated by Sunday’s tradition as the day for mowa – boozing.

The trucks add a further chicane especially as the road descends towards the Luangwa River and its great 222-metre suspension bridge. Built with British aid, a plaque on the western end reminds of its inauguration by President Kenneth Kaunda in 1968. A target of Rhodesian forces in 1979, during the 1980s this lifeline was heavily defended by Zambian troops as a possible target of Mozambican rebels, the border just a hill away to the south. Now the pinstriped paramilitary act as traffic police, allowing only one truck over at a time, their load mainly processed food and fuel to feed the hungry needs of Zambia and the Congo, their cabs emblazoned with biblical treatise and other urgings from “God only Knows” to the intriguing “Third Base”. God only knows if they made it there.

Today, donors continue to make their mark on the landscape and countryside, where their $1-billion in annual expenditure represents no less than one-quarter of Zambia’s budget. The bridge was, for instance, refurbished 15 years ago by Danish Aid. Signs advertise that the funding for the rehabilitation of the road network is supplied by the European Union. But European taxpayers, or at least their agents, have recently reportedly grown weary of funding such projects because, until now, this was not matched by local maintenance schemes. Moreover, road construction is a notorious source of gouging and rent-seeking.

The road from Chipata is a journey dominated by agriculture from start to finish. How this changes will seem to be determined by what happens in the cities where the majority of Zambians are projected to live at current rates of growth by 2030. While the evidence from elsewhere, India for example, shows that an increase in urbanisation has a positive impact on rural poverty, this depends on how government responds and invests in the urban areas. Zambia’s capital Lusaka, for example, has systems, such as water and sewage, built for 1-million people, while it houses 2.5-million today and will, at current rates of increase, be home to double that number in 15 years.

Despite rich soils, agriculture has consistently performed below its potential, not least because of government interference in pricing, lack of land tenure and difficult and expensive logistics. Of the other major sectors, despite a strong record of growth and investment since privatisation, mining has recently suffered because of continuous flik-flaks in policy and, now, a shortage of power mainly because of mismanagement of the utility. Tourism similarly is weighed down by continuously changing regulations, a permit culture and the cost and difficulty of getting to and around the country. It is poorly marketed and its national parks only partly developed, all this explaining why, despite extraordinary offerings including one of the seven wonders, Victoria Falls, Zambia only gets maximum 150,000 international tourists a year.

This is put in stark relief by the balancing act that successive Zambian governments have attempted to maintain, between encouraging private investment by allowing them to make a decent profit mindful of the risk premium while collecting sufficient revenue to redistribute. Thus government is continuously fiddling with tax regimes for the productive sectors, from tourism to mining, to try to extract that little bit more. The problem with revenue collection is that it goes into the pockets of a few, and infrastructure then becomes the donors’ problem, a situation that repeats over and over again.

At the heart of this seems to be that, unlike East Asia, everyone and every politician is in it for themselves. There is too easily a resort to identity politics – tribalism by another name – and not the unity of effort that characterised for example Singapore’s development revolution, a country that has been independent for less time than Zambia. So often we hear the refrain that “he cannot be president because he is Tonga”, referring to the opposition leader HH’s ambitions, rather than “he doesn’t have good ideas”. This is usually followed by a characterisation of the candidate as “tribal”, forgetting the irony that in saying this they are themselves falling precisely into this categorisation. It appears that people have been fed a diet of divisive tribal politics (and the economic spoils) for just enough time to undo the “one nation” mantra of the first Republican president, Kenneth Kaunda.

Something will have to change, and soon, if Zambia’s economy is to get back on its feet.

Zambia was the poster child for a new era of Africa growth in the 2000s, when it grew at 7% annually from 2004. This was supposedly down to better governance and policies. But when the copper price went down, growth slowed, the effects worsened by the above-mentioned inconsistency on tax policy and a spendthrift government from 2011.

Central government debt was just $500-million in 2005, whereas 10 years later it had mushroomed to more than $9.4-billion. Now the government, with bloated numbers of 250,000 employees, and salaries to match, is running a fiscal deficit touching double figures, and a current account balance of 3.6%. After fuel and food subsidies and civil service salaries have been factored in, there is nothing left in the current budget. Zambia is, in other words, broke and will require an IMF bailout or will default. Of course, the problems will no doubt then be portrayed as being of the IMF’s making, such is the joy of being a banker to bankrupt countries.

More than 50 years after independence Zambia is now officially the most unequal country in the world. Today the top 10% of Zambians receive 52% of income, while the bottom 60% of the population receive just 12%.

Breaking the pattern of underdevelopment requires many actions and at a variety of levels. Near the bottom, it’s about road safety awareness, to take one example, and towards the top, selfless national politics, ensuring that decisions are made in the wider interest and not of the belly, pocket or tribe. 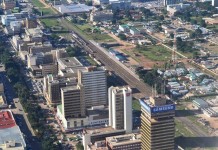 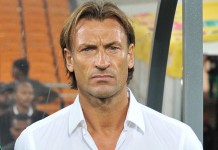