A debate around what should worn by TV presenters has been trending in South Africa after the country’s TV station, eNCA, banned a story in which a presenter wore a headgear as part of her attire. Locally known as duku or doek, the headgear is worn by most African women. On this particular day, the reporter was wearing it on Africa Day.

Many people have condemned the act by the station with women across the country sharing photos of themselves wearing the headgear. Hashtags ‪#‎RespekTheDoek‬ and ‪#‎HandsOffDuku‬ have been trending on twitter in Southern Africa.

South Africa’s opposition party the EFF has issued a statement condemning the act by the station in what the party says is “part of the racist anti-black repertoires that characterise South African white supremacist run institutions.”

The station has released a statement saying while the act to ban was in line with its policy, the company is reviewing it to align it with national values. Part of the statement from eNCA is below;

It started on Monday, when a decision was made to remove a story from the television channel after it had aired several times.

This, after reporter Nontobeko Sibisi wore a doek in story about Africa Day, without consulting her managers.

eNCA Editor-in-chief Anton Harber said efforts were already underway to ensure that discussion is held about what reporters and news anchors should wear on camera.

“eNCA has a fairly conventional policy on what presenters and reporters may wear on-air, and it is not very different from those of most other television channels.

“But there are concerns among our staff that this policy needs to be reviewed and updated.”

Internal process has been initiated to ensure that “our policy is in line with our corporate and national values, and that it embraces the diversity of our staff and audience.” reported the eNCA on their website.

eNCA News Director, Mapi Mhlangu, says the issue of the doek is merely a symptom of a larger call for change. 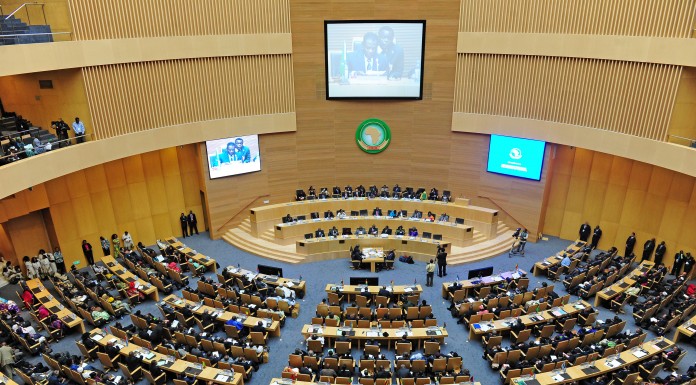