Incumbent President of Zambia Edgar Chagwa Lungu, of the Patriotic Front party (PF), has been declared winner of the 11 August elections after polling more than 50% of the votes cast.
He beat his closest rival Hakainde Hichilema of the United Party for National Development who only managed to get 47% of the votes. Under the new constitution, a Presidential candidate would only be declared winner after earning at least 50%+1 of the votes cast – otherwise, a rerun is conducted.

The opposition party has however accused the country’s election management body, the ECZ, of colluding with the ruling party to ensure that Edgar wins.

Many election observers, local and international, have said the elections were conducted in a transparent and credible manner. 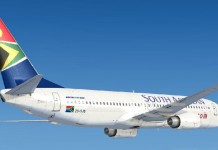