Local media in Nigeria reports that the country’s anti-corruption watchdog, the Economic Financial Crimes Commission (EFCC) has arrested 4 domestic servants, including a driver and a houseboy, whose names were used to open bank accounts for Nigeria former President Goodluck Jonathan’s wife Dame Patience Jonathan. It is understood that the accounts were all opened in a local Bank, Skye Bank, as company accounts.

Media reports further state that a Mr. Sammie Somiari, who deposed to an affidavit on behalf of the ex-President’s wife, said the former First Lady was the owner of the money in the accounts. She had revealed that she gave millions of dollars to the then Special Adviser to the President on Domestic Affairs, Waripamowei Dudafa, to open accounts for her.

Somiari, however, claimed that Dudafa opened five accounts for Patience and that only one of the accounts was in her name, while the other four were opened in the names of his domestic servants.

The sole signatory to the accounts was Patience Jonathan and she was issued with a special card, which is accepted worldwide. Said the official from EFCC. Meanwhile Mrs. Jonathan has sued Skye Bank for freezing her bank accounts and giving the EFCC confidential information about her finances. She also wants the court to order Skye Bank to pay her damages in the sum of N200m for what she termed a violation of her right to own personal properties under Section 44 of the 1999 Constitution.

The domestic servants have since been released while the accounts remain frozen. 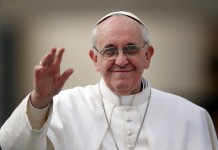 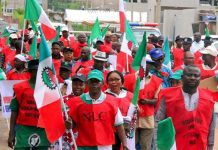